Ada Lovelace Day: Where are the women in science? Right here!

In celebration of Ada Lovelace Day, which was yesterday 15th October, Suzi Gage wrote a really positive and inspirational article about her female role models in science (most of which are still working in science!) in The Telegraph.

Ada Lovelace Day is an annual celebration of women in science, technology, engineering, maths and medicine.

Inspired by Ada Lovelace, daughter of poet Lord Byron (and arguably the first computer programmer, born more than 100 years before the computer was invented) our regular live event is hosted this year by Imperial College London and features a stellar line up. With live demos, biomedical wonders, neuroscience, inspiration, laughter and song, Ada Lovelace Day Live is an event not to be missed!

The evening will be compèred by comedian and geek songstress Helen Arney, who has pledged to use her physics degree and ukulele only for good. After all, with great power comes great responsibility.

The evening starts at 6 pm with a reception, including cash bar and entertainment. The main performance begins at 7 pm and there will be an after-party from around 9:30 pm.

Try your hand at table-top experiments performed by Imperial’s very own science buskers during the reception and interval, or browse the books on sale. Also on display will be a series of photographic portraits from the
100 Women 100 Visions exhibit, celebrating women scientists and engineers from all academic levels at Imperial College London.

Tickets start at £5 for concessions, £15 for general entry, or just £10 if you use discount code “friendofALD”. More details available from http://ald13.eventbrite.co.uk/

This event is part of a network of events across the globe, from personal blog posts about women in STEM to Wikipedia edit-a-thons to Ada Lovelace-themed tea parties and conferences. For more about Ada Lovelace Day
go to http://findingada.com. 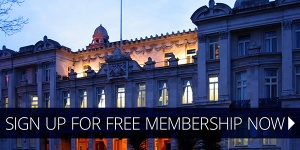 © WISE@QMUL, 2009-2014. Unauthorized use and/or duplication of this material without express and written permission from this blog’s author and/or owner is strictly prohibited. Excerpts and links may be used, provided that full and clear credit is given to WISE@QMUL with appropriate and specific direction to the original content.